The latest success story at MAKEACHAMP has to undoubtedly fall to Marissa Ponich who has raised 107% of her total and is preparing for Rio. She is a real talent and a “cut above” in women’s fencing around the world and in Canada. However, little do people know that she only began fencing at the age of nineteen. Some would view that as being a late bloomer. Others, such as Marissa, do concur that it was challenge however she was “able to process things a lot faster in a very mature way.” Obviously there was a learning curve as Marissa had to develop her skills to become an international athlete and people had to take note of her meteoric rise into the world's top hundred.

Interestingly, Marissa was introduced to fencing by her husband (her friend at the time). The “intensivity and aggressivity” of the weapon drew her to choose sabre over foil and epee. Since she has chosen sabre, she has excelled as a sabreur and more importantly as a fencer. Regardless if Marissa didn’t fence at the cadet or junior level, her performance is something that everyone should take note of.

Marissa, like many athletes, has a particular routine when she is preparing for competitions. One that enables her to perform at her optimal level on the day of the competition. Firstly, before the competition she said that she “likes to take it easy” and watch some fencing videos so that she can feel fresh on the day. Additionally she does some Neurofeedback to her train her brain the night before.  On the day of the competition, a nice warm shower serves as a relaxing wake up call for her. When Marissa gets to the venue she likes to have the atmosphere and environment seep in and sometimes does some visualization to help her focus. All these tips are valuable to any who is preparing to compete in any sport. 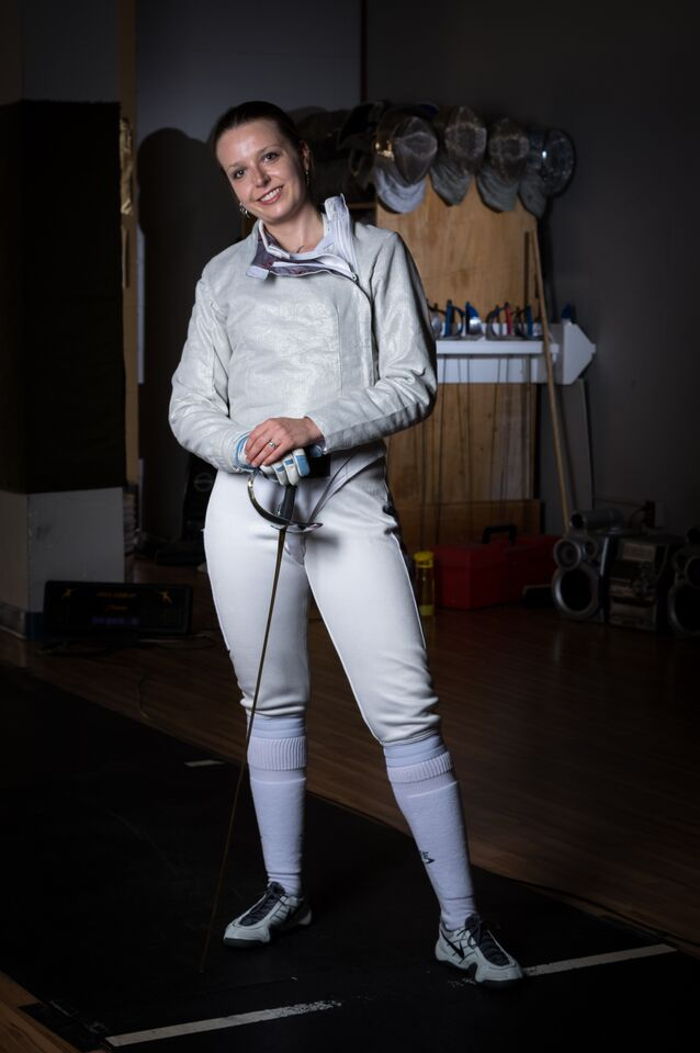 MAKEACHAMP has been successful for Marissa on her campaign to Rio because the platform is “attractive” and the support team is always there and prepared to implement any recommendation.  There is always support along the entire campaign process from start to finish. The MAKEACHAMP team  is always there to provide assistance whenever necessary.  This made a huge difference to the success of Marissa's campaign.  Crowdfunding has provided immense support to Marissa to such an extent that she “trains for the supporters” as well. It has encouraged Marissa to persevere and push forward with dedication and passion. It is so “encouraging to have a team of supporters” Marissa noted.

There are many recommendations for a successful crowdfunding campaign, and Marissa has a few to provide to everyone: Firstly, spread the word as much as possible and frequently. You'll be surprised by the amount of support you get from people you never expected support from. Secondly, supporters can "spread the word" for you as well, which exponentially increases the potential to get more supporters and contributions. One has to spread the word  through Facebook, Twitter and Instagram to maximise gains through crowdfunding.Try to be as transparent as possible with how hard you work and what the funds are for. Also, be sure to let people know how much time is left, especially in the last week or two of the campaign. Supporters may not always realize that a campaign is only for a certain amount of days.Thirdly, always thank people. Even if they do not want their names to be publically mentioned, still publically thank anonymous contributors (without mentioning names, of course) and send them private messages. Get “to the point” and let people know what their support means to you.Be honest and sincere.

On a much lighter note, during Marissa’s very limited free time she enjoys  watching TV shows and reading books. Her  favorite TV show is the cult classic Buffy the Vampire Slayer because of  its humour, action,  and drama.  Furthermore, Marissa enjoys a wide variety of music, but  the Dresden Dolls and Amanda Palmer  are among her favourites.  Also, her favourite meal includes a medium-well done steak with mushrooms. Finally, Marissa also loves puns. She says that “a good pun is its own reword!”

Here is a link to her MAKEACHAMP page: https://makeachamp.com/mponich