Ahmad Taufiq Muhammad  was 10 years old  when he first saw Worlds Strongest Man on Sunday morning television, it was a revelation. A thought passed through his head,  he wanted to have a go at becoming a strongman. The idea that a man can pull a plane,  lift stones or lift a car, It's all about pushing the human body to its limits. Taufiq won his first competition 14 years later at 24 and since then has never looked back and always improving to get faster and stronger.

There are so many challenges for a strongman, both mentally and physically. Training is tough for Taufiq and his coach Robert Oberst “hard work is not easy”. With the weights Taufiq has to lift he is left broken and sore the next day. According to Taufiq you just have to be strong mentally and be disciplined to get up, eat well and make your way down to the gym to train. This is no easy feat but this daily routine shows how determined Taufiq is. The greatest mental challenge is self doubt. Fear is also a factor in an athlete’s mind but it is also an ally as well. However routine and ritual help Taufiq focus and calm down, this means that when he has to lift something he does it in absolute calm. This helps him learn from his mistakes.

Taufiq has a training program that he executes 3-5 days a week. It is composed of solid strength work and events. For 12-14 weeks Taufiq works on getting stronger and faster and getting more mobile. 4-6 weeks before the competition  he focuses on events training.  The day before the competition he focuses on some light training to get blood flowing. A good night sleep is crucial and on the day a good breakfast. Arriving early to the venue is also part of his routine and getting hyped helps him in his preparation. 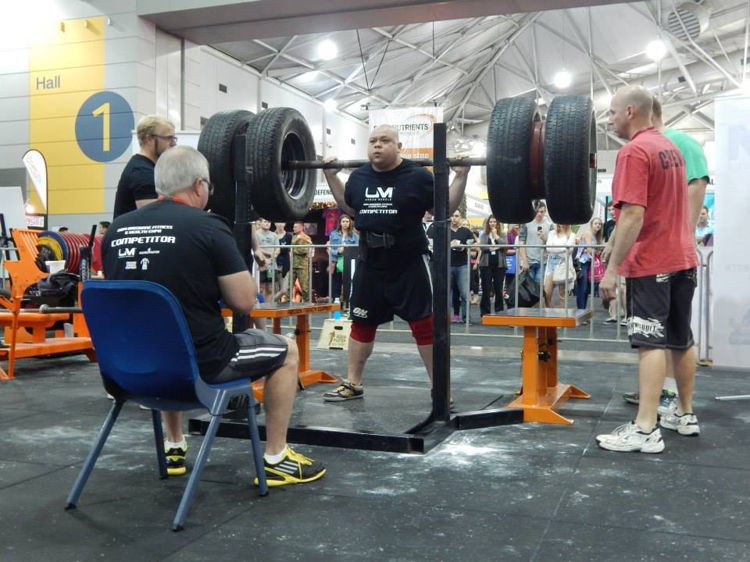 There is no single athlete that Taufiq idolizes because no single athlete is perfect and everyone have their flaws. His coach Robert Oberst is someone Taufiq looks up to because of his personality, charm, humor and wit. Robert’s coaching program and guidance has made Taufiq significantly improve this past year. Zydrunas Savickas is the current strongman that has won everything in the sport. But its not his titles that make him the best , rather it is humility and personality that make him a figure to look up to. He has a lot of knowledge and experience.

During Taufiq’s free time there are two things that he enjoys, doing nothing and cooking. Cooking relaxes Taufiq and everyone should watch out for his hastag #strongmanchef on instagram. It is full of delicious meals and gets any stomach grumbling especially empty ones. 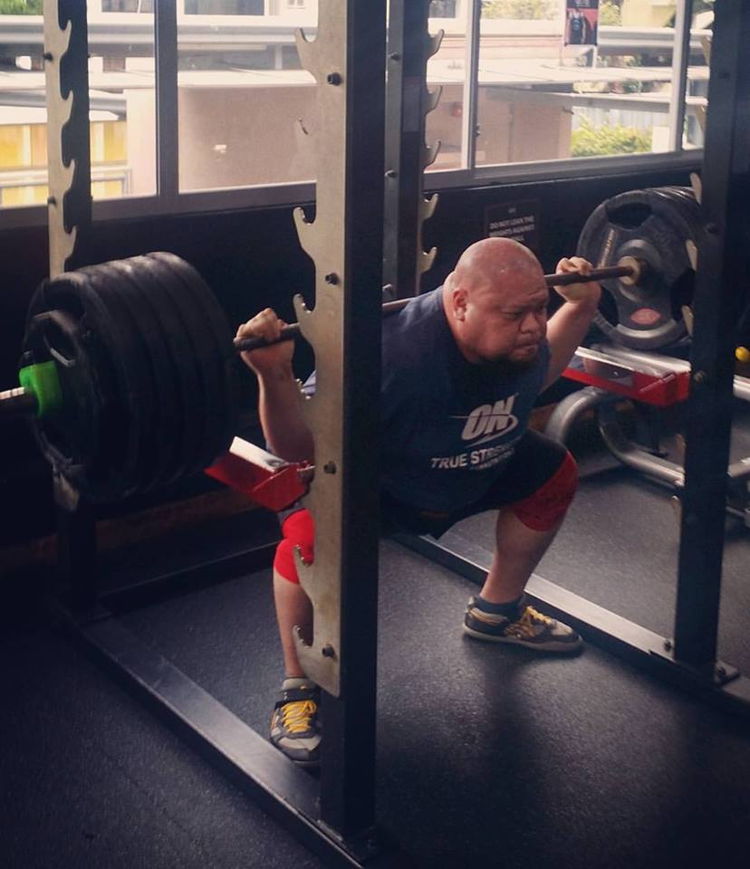 When Taufiq began crowdfunding his greatest fear was what if nobody donated or contributed? But he just jumped in and even if he doesn’t meet his target he will not be disappointed. But if there was one difference or personal benefit that it made was this:  Taufiq would never give up knowing people who contributed and the MAKEACHAMP team were behind him one hundred percent. He doesn’t want to fail and does not give lame excuses when he doesn’t succeed. This would be an example of an athlete's’ perfect self honesty. Also having MAKEACHAMP behind him allows Taufiq to focus on his own goals and it lifts some weight off his shoulders ( Not physical weight).

On a more relaxed note Taufiq’s favorite TV show is the Food Network because he loves cooking and eating. He loves any food with Animal in it! On Taufiq’s musical side he always likes to listen to BBC World New Radio and listen to current issues. However he does listen to Adele once in awhile.

Check out his campaign here