Contrary to the usual success stories, this one came to us not at a moment of celebration but following defeat. Chris Hamilton came to MAKEACHAMP to raise funds to help him qualify for the Sochi 2014 Olympic Games.

He had an amazing campaign as his family, friends and supporters joined in journey. Near the end of his campaign, everyone awaited anxiously as he was going through the trials attempting to qualify to the Olympic Games. After couple of days of silence following the trials, Chris updated his campaign with a post that brought tears to our eyes. He has failed to make the Olympic Games but he has not failed to inspire everyone around him. He admitted that he lost the tournament and by doing so he has proved that he is a real champion - a champion that will keep striding forward regardless of the challenges he faces.

Check out his campaign here. 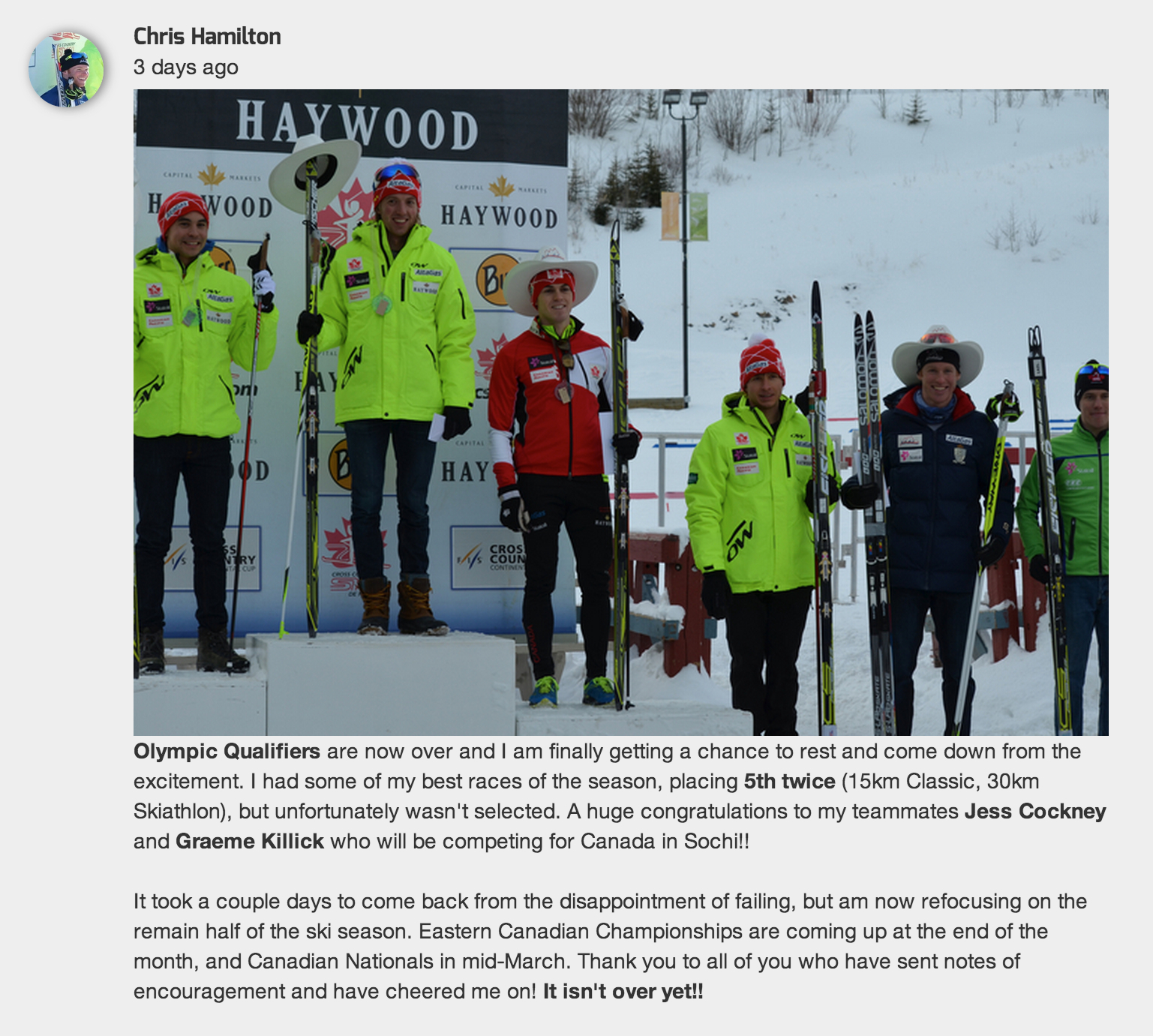