Team Sophie:
Helm: Sophie Weguelin (29)
Middlename: Clare
Nickname: Wegs
Hometown: Lymington, Hampshire
Something you wouldn’t know about Sophie W: She absolutely hated her first sail in a mirror, one that her father had built. Neither of her sisters enjoyed it either!
Crew: Sophie Ainsworth (29)
Middlename: Claire
Nickname: Ains
Hometown: Chichester, West Sussex
Something you wouldn’t know about Sophie A: She was 80% deaf until the age of eight with glue ear. Annoyingly, she very quickly lost her lip reading ability.
The Sailing Sophies have known each other for the last twenty years, since Junior sailing in Optimists. They were friends and rivals throughout their childhood. It wasn’t until 2007 that they teamed up to sail the 29er, where they became Ladies and Youth World Champions, and ISAF Youth World silver medallists within the same year. They were then selected to join the British Sailing Team 470 Olympic Development Squad.
The Sophie's attended Exeter University, where they both gained a degree in Sport and Exercise Science before returning to full time Olympic sailing in the build up to the 2012 Olympics - as training partners to the British 470 Women's Olympic medalists. They became European Champions in the 470, in the Olympic year 2012, before going their separate ways for the Rio 2016 Olympic cycle.
Sophie W remained in the 470 with a new crew, where she narrowly missed out on winning the 2016 trials to the current Olympic Champions, but throughout the four-year Olympic cycle she was consistently ranked top three helm in the world.
Sophie A moved into the 49erFX, a class which was new to the Olympics. She went on to win the Olympic trials and represent Team GB at the Rio 2016 Olympics with Charlotte Dobson, where she finished 8th.
Now Sophie W has joined Sophie A in the 49erFX. After five years apart, they have teamed up again. The story hasn’t finished yet. They believe they have what it takes to stand on the Olympic podium but first, they must qualify to win the one spot to represent Great Britain and make their dream come true. 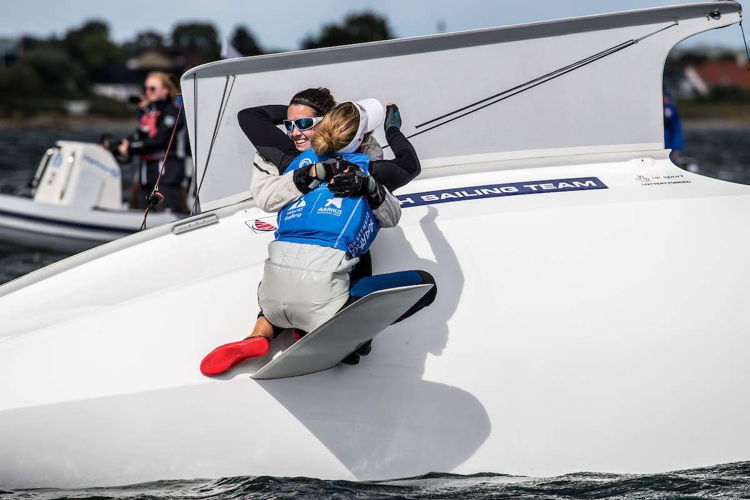