Again and again, MAKEACHAMP athletes are winning medals in weightlifting, alpine skiing, judo & track and field. We are proud to support the new generation of crowdfunded champions!

Maya Laylor, of Toronto, broke the Ontario provincial Jr. record in in the snatch with 88kg at the OWA WinterLift. After winning the snatch, she continued and broke the junior and senior records in the clean & jerk with 108kg. Watch:

Her record streak did not stop there. She broke the total record with a 196 kg. Ultimately, she had 4 record-breaking performances yesterday.

She also won the best female lifter award pound for pound with a Sinclair of 243.00. Maya's trainer Clance Laylor - who is behind many NHL super stars such as P.K. Subban stated Feb 8th:

Regardless of weight class, Maya Laylor was simply pound for pound the strongest female on this day.

At only 19 years old, Maya is Ontario's fast-rising weightlifting star. She is aiming for the Rio 2016 Olympics and is rallying public support in her current fundraising campaign

Wow my http://t.co/7YyKZrIjyM campaign is going great! I'm really blown away from the support I'm receiving from all of you! Thank you guys!

Annie Ramirez, black belt in judo and blue belt in BJJ, won 4 gold medals in gi and no gi at the Philippine International Jiu Jitsu Open: 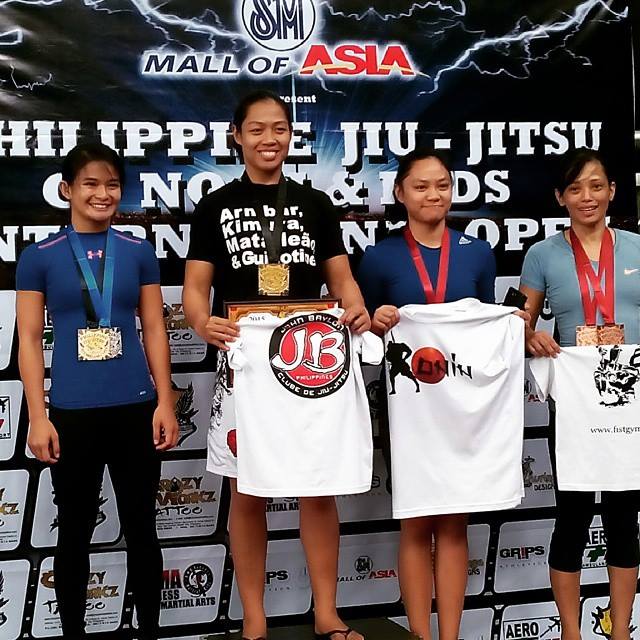 Annie now wants to be a BJJ world champion and bring home a gold medal. Be part of the success : http://makeachamp.com/annieramirez?cmp_id=1689

With $15,320 raised, smashing his goal at 170% , Dustin Cook had the building blocks to perform at his best at the 2015 FIS World Championships.

Dustin surprised everyone by snatching the silver medal by completing the course in 1:15.79. Dustin has had very consistent results this season and has been working hard. Watch his epic run:

London 2012 Olympian, Aljaz Sedej is back from a knee injury and is currently gathering the crowd behind his MAKEACHAMP "comeback" campaign:

In January, Ana-Laura also won gold medal in Montreal at the Canada Elite 8 cup and bronze medal in Tunis for the Africa Open.

We are excited to see Ana-Laura starting 2015 with a very strong start and looking forward to seeing her next medals in South America. Go Ana-Laura!

You can follow Ana-Laura's bi-weekly updates and road to Rio 2016 on her profile page.

Ese Omene, who just raised $6140 in her crowdfunding campaign, finishes on the podium at the national track & field competition at McGill university. She also broke her personal record in 300m. Watch her video update: