Ana-Laura Portuondo is an 18 year old athlete who has been practising judo for the past 10 years, and is a member of the Canadian National judo team. Her dream is simple : represent Québec and Canada at the Rio 2016 Olympic Games.

Her biggest challenge is financing. Without external funding, she simply cannot go to any international competitions. Ana-Laura is one of the early users of MAKEACHAMP who has been successful at getting the community behind her.

Thanks to MAKEACHAMP, she is more determined than ever to make her dreams a reality, and to do so, she trains 10 times a week (5 days x 2 times per day). Her hard work has certainly paid off in the past: at the 2013 World Championships she ranks 5th in cadet and junior divisions, and in 2014, she won a bronze medal at the World Championship. 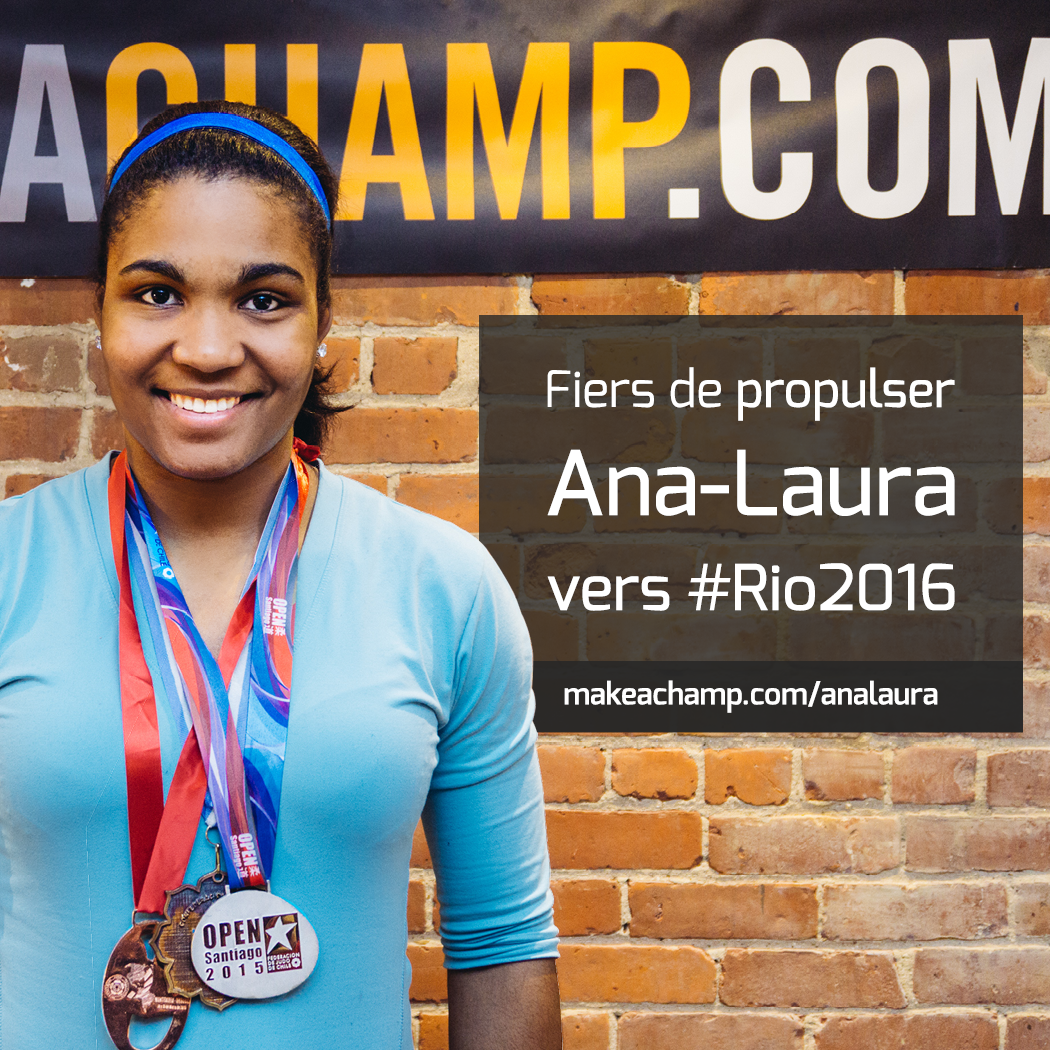 To MAKEACHAMP, Ana-Laura represents a new generation of athletes who are determined to win and have adopted an entrepreneurial and positive attitude towards funding their athletic journey. Thanks to MAKEACHAMP, she was able to get silver in Santiago, Chile, bronze medal in Uruguay, and gold medal in Argentina in the recent 2015 Pan American cups.

Ana-Laura was the only Canadian to score a gold medal at the Argentina Pan American Cup, and is inspiring the whole judo community in Québec and Canada. Now ranked 26th internationally, the champion is now set to take her place on the Olympian team. We are proud to help her become a champion :

Ana-Laura has her eyes set on the Senior World Championships in the summer, and ultimately the Rio 2016 Olympics Games. She will be looking for support, so be on the look out for a new crowdfunding campaign on her MAKEACHAMP page. If you cannot contribute to her next campaign, make sure to share it!

Congrats @analaura96judo for the #golden medal in Pan-American Cup in Argentina! The MAKEACHAMP team is with you! pic.twitter.com/VSCBgdkhyu


Missed our recent announcements? Read how we recently launched beautiful sites for athletes, or how we launched in Brazil and grew in 2014.